A HISTORIC PART OF BUFFALO’S HERITAGE 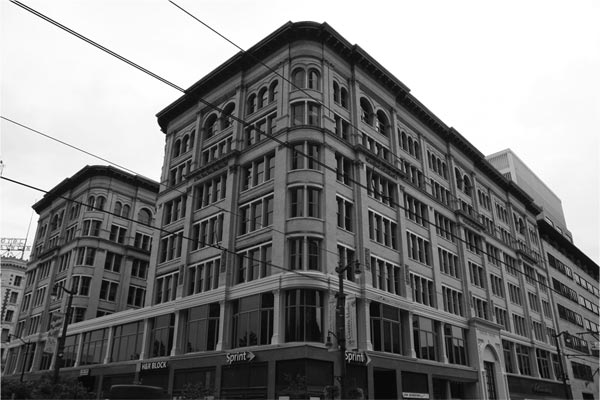 The Brisbane Building was built in 1895 by James Brisbane and James Moody, coinciding with such momentous changes as Buffalo’s world-leading electrification and events such as the Pan American Exposition. Traditionally, it has been the home of lawyers and others who profit from Brisbane’s proximity to the courts, City Hall, Erie County offices, bank offices, and other important functions. Additionally, it has been the home of numerous high-tech companies and others benefitting from proximity to the Buffalo Niagara Medical Campus, and the tens of thousands of other Downtown workers and businesses.

Brisbane’s first and second floors were the long-time home of the Kleinhans Company clothing business. The space has been transformed into conspicuous first floor retail venues and a second floor of unique Downtown vistas with thirteen-foot ceilings and encompassing windows for office tenants.

Since its purchase in 1985 by C. Stuart Hunt, the property has been continuously improved through both modern technology and historical awareness. The original building façade on Main Street was uncovered in 2010 and restored. Our beautiful lobby, pictures of which are included here, now features two rotating electronic tenant directories. Most recently, probably the fastest elevators in Downtown were installed in 2018. Heating and cooling systems, and Brisbane’s bathrooms are currently under renovation. Beautiful original wood has been preserved whenever possible and has been used again as suites are further renovated. Abundant and low-priced storage areas are available in the basement.

Charles Stanley Hunt, Hunt Real Estate’s 1911 founder, was a Brisbane tenant for 47 years. Since 1985 Brisbane has been under the ownership of principals of Hunt Real Estate. Washington Street between Clinton and Eagle Streets is now known as “Stuart Hunt Way”. We are real estate brokers and seek the most cooperative and friendly relationship with other real estate brokers in the pursuit of prospective tenants. Additionally, several Hunt Real Estate-related companies are tenants in Brisbane and Brisbane’s property management, Hunt Property Solutions, is an affiliated company. The relationship to the Western NY community, and the condition of the Brisbane property, are as crucial to the property ownership as they are to the Brisbane tenants. We look forward to having you grow your business with us here at Brisbane. 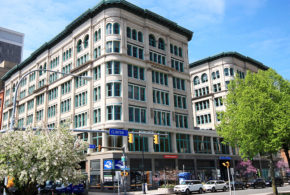 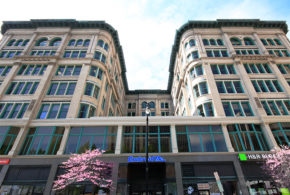 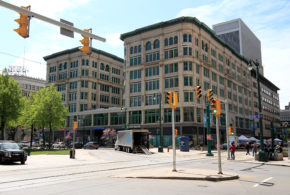 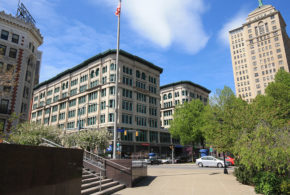 Do you have available units?

Yes. There are various size office units available throughout the building. Contact our leasing agent for a tour.

Is there parking available?

There are multiple parking ramps, surface lots, and city meters within a short walking distance of the building. Alternately, there are bus and rail stops located nearby for mass transit commuters.

Flexible lease terms are available for clients to suit their needs. We offer terms as short as 1 year, and can negotiate prices for longer term leases. Our leasing agent can answer your specific questions, but we're always happy to work with clients.